Robots have been a normal part of our lives for several decades already, especially in manufacturing. But in consumers’ lives, robots have yet to become as ubiquitous as in movies, where they are often portrayed as humanoid with many of the benefits and disadvantages that come with being human. But one area where NOT being human is an advantage for robots is their inability to catch a virus, something that has many service workers nervous these days.

In South Korea, LG is making significant inroads in areas where its intelligent service robots are actively assisting people in real-life settings such as hospitals, restaurants and hotels. And while these robots may not resemble human beings, they do have some very human characteristics, most notably the way they can interact with people, even being able to express emotions on their display “facial” expressions. But more importantly, these robots are helping to perform work without increasing the risk of virus transmission.

LG CLOi ServeBot can carry up to 15 kilograms of items in its three drawers and deliver them efficiently and hygienically to its destination without remote control. This summer, a robot assistant was deployed at Seoul National University Hospital, one of the country’s oldest and largest medical facilities, where it has been tasked with picking up and delivering equipment, blood samples, prescription drugs and other items, freeing up busy staff to concentrate on patients.

Robot servers in restaurants and cafés may become a familiar sight if current social distancing guidelines continue well into the future. Equipped with four shelves able to support a maximum of 20 kilograms, LG CLOi ServeBot effortlessly navigates its way between tables, chairs and customers to bring diners their meals as well as return dirty dishes and utinsels to the kitchen. CLOi ServeBot isn’t designed to replace wait staff but to complement them, helping to keep interaction between staff and customers to a minimum. 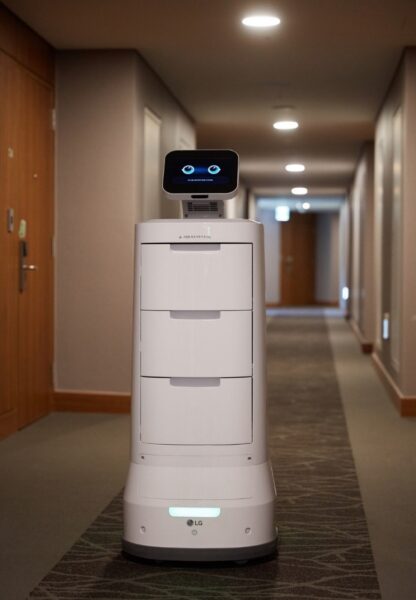 LG CLOi ServeBot equipped with drawers can deliver supplies to guest rooms without the need for human-to-human interaction. The service has been well-received by both customers and staff at the luxurious Konjiam Resort less than an hour’s drive southeast of Seoul. At Konjiam, guests have the peace of mind that they can relax for a few days away from home without having to abandon social distancing.

LG CLOi robots aren’t just good at delivering things but can also help out in the kitchen. LG ChefBot is cooking up delicious noodle-based dishes for customers at restaurants in South Korea run by CJ Foodville. In the noodle line, diners can choose their favorite ingredients which ChefBot then whips up into a delicious noodle dish in less than a minute as the customer waits.

From hospitality to healthcare and beyond, LG is successfully demonstrating that its futuristic robots are ready to help make life better, today. The company’s service featuring CLOi ServeBot and other advanced systems are providing a tantalizing preview of how robotic solutions may soon become a familiar and highly-visible part of our daily lives, during and after the pandemic. 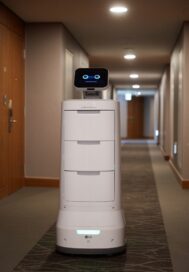 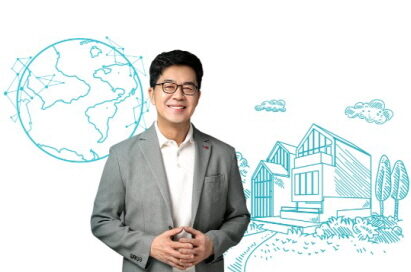 [EXECUTIVE CORNER] OUR COMMITTMENT TO “LIFE’S GOOD FROM HOME”