SEOUL, Feb. 7, 2012 — LG Electronics (LG) and PRADA today unveiled actor Edward Norton and model Daria Werbowy as the faces of the global advertising campaign (shot by British fashion photographer David Sims) to launch the latest smartphone, the PRADA phone by LG 3.0. This is the third phone from the collaboration and represents a key design venture for both companies.
The advertising campaign features leading American actor Edward Norton, who has an illustrious film career starring in movies such as Primal Fear, American History X, Kingdom Of Heaven, and Fight Club. As well as appearing in numerous other films, he is also a writer and director, working behind the scenes on films such as The Incredible Hulk. Alongside him is the Ukrainian/Canadian model Daria Werbowy, one of the world’s most recognisable models who has worked frequently for PRADA and many other leading fashion houses.
Both individuals embody the core values behind the PRADA phone by LG 3.0 – stylish looks and smart functionality. Both are stars who have excelled in their fields and represent the ethos of style and substance; Norton is an Academy Award-nominated actor, whilst Werbowy holds the record for opening and closing the most catwalk shows in one season, as well as being one of the top earning models of recent years.
Dr. Jong-seok Park, President and CEO of LG Mobile Communications Company commented: “LG is delighted to have these talented and successful individuals on board to help launch this smartphone. They embody the very essence of the PRADA phone by LG 3.0, combining style with substance, as well as bringing to life this outstanding smartphone.”
Mr. Norton also added: “It was a pleasure collaborating with PRADA and LG, both Global brands with impeccable reputations for being the most innovative and respected in their fields.”
The PRADA phone by LG 3.0 combines PRADA’s distinctive style with LG’s innovative technology, including one of the biggest and brightest screens in the world at 4.3-inch and 800-nit screen. Styled with PRADA’s clean and sharp design philosophy, the handset features a full glossy touchscreen to the front and PRADA’s signature Saffiano pattern to the back, all finished in classic black. Every detail has been designed for chic simplicity, and the handset also boasts LG’s signature Floating Mass Technology, optically enhancing the thinness of its already impressive 8.5mm depth, with minimal hard keys completing the sleek simple finish.
As effective as it is striking, the PRADA phone by LG 3.0 boasts a 1.0 GHz Dual-Core/Dual-Channel architecture for high-speed performance, and dual-band Wi-Fi for high-speed surfing on the go.

To complement the handset, users will have access to a full line of PRADA phone accessories such as a PRADA branded cradle and Bluetooth ear set. Users can also carry their PRADA phone by LG 3.0 in a range of stylish pouches. 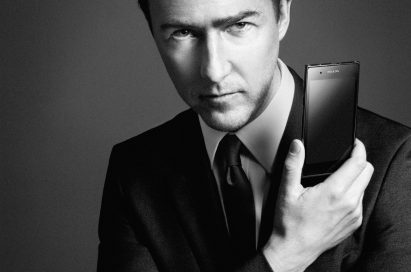 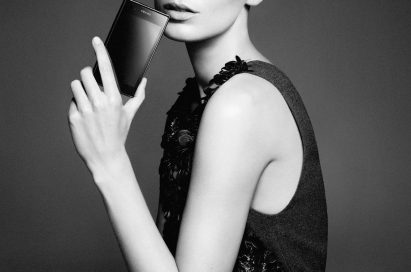 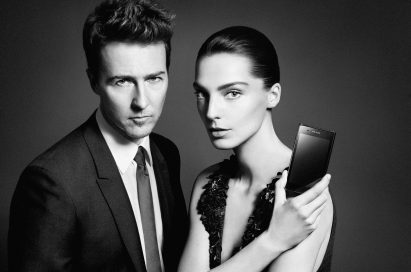 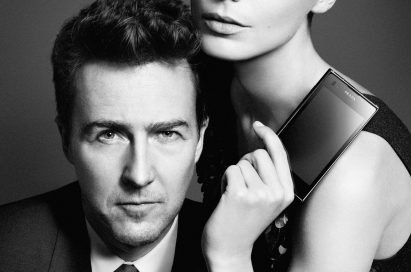