SEOUL, Jan. 25, 2011 -– LG Electronics (LG) announced today that sales of its Optimus LTE smartphone have exceeded over one million units, putting it at the forefront of the emerging LTE era. The world’s first HD LTE smartphone, the Optimus LTE is currently available in the US, Canada, Japan and South Korea.
First launched in Korea in October 2011, the Optimus LTE hit sales of 600,000 units there in the first three months, making it the most popular LTE-capable phone in a highly competitive market. On the first day of its launch in Japan, the Optimus LTE also recorded sales of 8,500 units. The phone is now available as a premium smartphone through three major mobile carriers in North America, the most advanced market in terms of LTE coverage.
“With brisk sales for a high-end smartphone, the Optimus LTE reaffirms LG’s leadership in mobile LTE technology,” said Dr. Jong-seok Park, President and CEO of LG Mobile Communications Company. “The combination of LTE connectivity with LG’s True HD IPS display has resonated with the public regarding the potential of LTE technology.”
The Optimus LTE delivers the ultimate HD multimedia environment with a 4.5-inch 1280 x 720 (16:9 ratio) True HD IPS display and fast LTE connectivity. The True HD IPS display features an incredible 2.76 million sub-pixels as well as superior color accuracy, clarity, natural color and battery efficiency.
Ensuring peak performance, the Optimus LTE runs on a 1.5GHZ dual-core processor and includes a 1,830 mAh battery, 8MP camera, and multiple connectivity options including DLNA(Digital Living Network Alliance), to provide users a truly best-inclass smartphone experience.
According to a report by Jefferies & Company, LG is the global leader in LTE patents with ownership of 23 percent of approximately 1,400 LTE patents filed worldwide, with a financial value of almost USD 8 billion. LG demonstrated the world’s first LTE technology in 2007 and developed the world’s first LTE modem chipset in 2008. LG introduced the world’s fastest LTE technology in 2010 and conducted the world’s first video phone call on a LTE network in 2011. 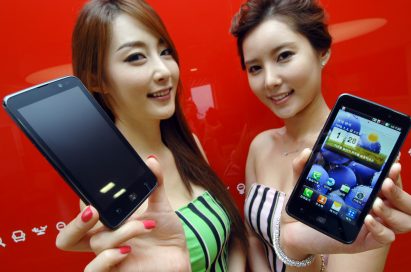 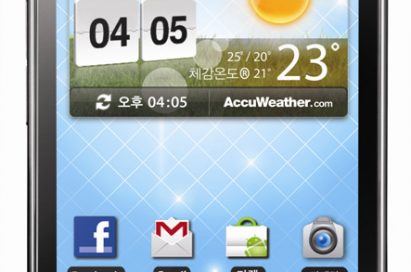