SEOUL, Nov. 8, 2011 — LG Electronics (LG) today introduced its newest 3D projector (Model CF3DAT) in the Korean market. The CF3DAT is a CINEMA 3D projector that can project a 200-inch viewing surface a wide variety of high definition 3D content utilizing its 2D to 3D conversion engine and built-in tuner.
Despite its large 200-inch projection area, the CF3DAT projects clear and bright images, using its Full HD display (1920×1080) supported by a brightness of 1,250 ANSI lumens in 3D mode, approximately six times brighter than other premium projectors.
“The CF3DAT is the latest product to join the LG CINEMA 3D family and it’s a serious workhorse,” said Havis Kwon, President and CEO of LG Home Entertainment Company. “The CF3DAT is at home in a living room or auditorium as it has the muscle to project a five meter picture in bright, movie theater glory.”
The CF3DAT employs the Film Patterned Retarder (FPR) display technology, enabling the use of LG’s polarized 3D glasses, which are far more affordable and lightweight compared to shutter-type 3D glasses. In turn, larger audiences can use the passive CF3DAT to enjoy 3D content more economically and for longer periods. Due to such qualities, the CF3DAT is not only suitable for large living rooms, but also museums, auditoriums and other types of public venues.
The CF3DAA, the global version of the CF3DAT, will be available outside of Korea in the first half of 2012. The CF3DAA will not be equipped with a TV tuner.
# # # 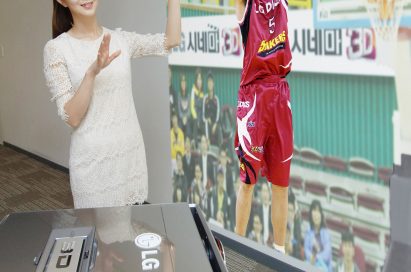 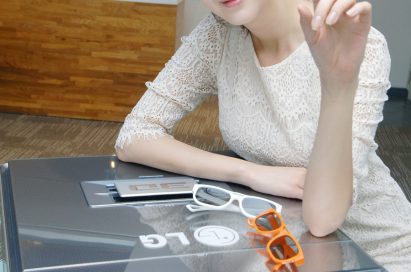