Havis Kwon, 55, has led Home Entertainment’s LCD TV division since 2007. He first joined LG Electronics (then GoldStar) in 1980. During Mr. Kwon’s tenure, LG became the second largest flat-panel TV company in the world. In addition to TVs, Mr. Kwon has held executive positions overseeing LG personal computer products as well. He graduated from Korea University in 1981 with a Bachelor’s Degree in electrical engineering.

Jong-seok Park, 52, is a 30-year veteran of LG Electronics and previously headed LG’s mobile phone R&D operations. Mr. Park also has 17 years of experience in digital TV research and development. A graduate of Seoul National University and Korea Advanced Institute of Science and Technology (KAIST), Mr. Park received his M.B.A. from McGill University in Canada and a Ph.D. in electrical engineering from University of Florida, U.S.A.

Dr. Skott Ahn, formerly President and CEO of LG’s MC Company, will take over the role of Chief Technology Officer (CTO) while Dr. Woo Paik, the outgoing CTO, takes on a newly-created role at LG responsible for identifying and developing new business aligned with technology. 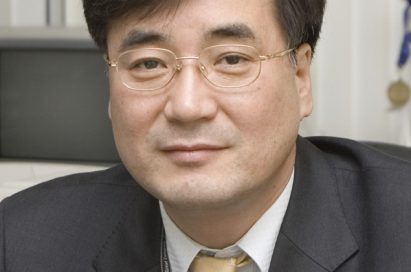