BERLIN, Sep. 1, 2010 -– At this year’s Internationale Funkausstelung (IFA) in Berlin, LG Electronics (LG) is serving up a spectacular mix of home entertainment products whose range, innovation and connectivity show consumers just how good life can be with LG.

“It’s been a really exciting year for home entertainment, and our display at this year’s IFA shows that it’s going to get even better,” said Simon Kang, President and CEO of LG Home Entertainment Company. “By listening to our customers, we’ve come up with even sharper TV pictures, better sound and more intelligent, user-friendly products for a home entertainment experience that really does deliver Freedom through Infinite Possibilities.”

The LG experience begins this year with a spectacular gateway adorned with a massive wall of 131 screens, giving visitors their first taste of the world of INFINIA. Beyond this, just inside the LG booth, is an array of LEX8 NANO FULL LED TVs, the company’s newest offering in visual innovation. As the world’s first TV with nano technology, the LEX8 uses NANO Lighting Technology to disperse the LED light more evenly and effectively around the screen, producing pictures that are brighter, clearer and smoother than ever before.

Better still, thanks to its NANO Lighting Technology, the LEX8 also boasts an exceptionally slim line INFINIA Design, with the slimmest depth and narrowest bezel on any FULL LED TV on the market today. For a taste of just how realistic TV colors can be, the LEX8 display is serving up a medley of sports footage, including windsurfing and skiing. As the skiers speed downhill, the azure skies and white mountainsides are so clear and realistic, viewers can almost feel the chill.

Immediately adjacent to the LEX8, the thrills continue with a selection of FULL LED 3D TVs, a key component of LG’s increasingly comprehensive 3D collection. Off to the left is the LEX9, with an expansive 72-inch screen, the largest on any LED LCD TV on the market today.

On the wall opposite the LEX9, a series of mini theaters plays host to LG’s range of 3D projectors as well as its first Real 3D Sound Home Theater System, the HX900. With an innovative new set-up producing sound that blankets every corner of the room, the HX900 transports viewers right into the middle of the action.

And to answer the growing trend toward bigger, more immersive TV sets, LG is also showcasing a 180-inch 3D Multi Vision Display at the Home Entertainment stand. With its vast, utterly absorbing 3D picture, viewers can get carried off on a Tahitian canoe, blast away at invading forces in a shoot-em-up game, or get lost in a world of animation.

For a peek at the future of Home Entertainment, LG will be displaying its revolutionary OLED TVs at IFA, including a new 31-inch 3D model with a depth of just 0.29 cm, the slimmest of any comparable set in the world. Dispensing with back-screen lighting, OLED TVs’ pixels generate their own light to produce an entirely new level of color, clarity and depth of blacks. Pencil-thin and exceptionally light, LG’s OLED TVs are an elegant addition to practically any environment and surface, as the ceiling-mounted sets in the LG OLED zone at IFA can attest. Demonstrating the extraordinary possibilities for 3D on an OLED TV, the 31-inch 3D model seduces viewers into a world with a level of detail that is a wonder to behold.

Sure to be gaining much attention is LG’s take on SMART TV, the technological leap that promises to reshape our relationship with television. LG is showcasing its concepts for its groundbreaking SMART TV at IFA focusing on four lifestyle concepts: Easy shows how a convenient Home Dashboard allows viewers to use applications and access premium content on a single screen; Fun demonstrates the SMART TV’s enjoyable and practical apps, ranging from coloring books for kids to first aid classes for adults; More shows how the Media Link feature can be used to seamlessly synchronize online content to a smartphone so that watching movies and TV programs on the go is as effortless as turning on a radio; Better showcases quick, direct links to the hottest online services such as YouTube, Maxdome, Orange and MLB.

Held annually in Berlin, Germany, IFA is one of the world’s largest and oldest consumer electronics and appliance tradeshows. This year the show runs from September 3 through 8. 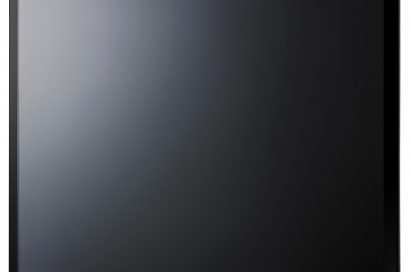 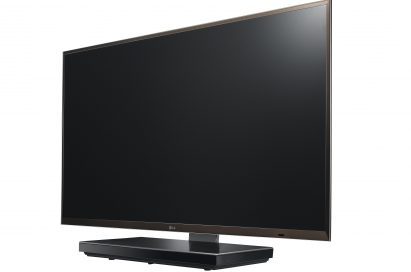